Although everyone wants to live in a safe area, many of us forget to check out the crime rates in the cities and neighborhoods closest to our jobs, families and friends before we relocate. Fortunately, various online websites are making it easier to gain this information before packing up and moving across the country — or just from one Massachusetts city or county to another.

The state has a current population of approximately 6,587,536 residents. During one recent year, a total of 177,009 crimes were reported. Property crimes accounted for the majority of these incidents, numbering 148,790. However, violent crimes still totaled 28,219. This means that out of every 1,000 Massachusetts citizens, 26.87 are likely to be directly affected by some type of crime in a given year. Furthermore, about 4.28 violent crimes are reported each year per 1,000 residents – with the balance of 22.59 per 1,000 for property crimes.

Property and Violent Crime Rates Compared to Other U. S. Cities 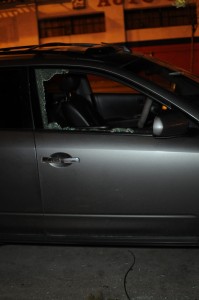 The national average or median number for property crimes in American cities is 29.1 per 1,000 residents. Fortunately, Massachusetts falls just below that with a median of 22.59. However, residents of this state are at a greater risk of becoming victims of violent crimes than those living in other cities ranked more favorably. The national average per 1,000 residents for violent crimes each year currently hovers close to 3.9. In Massachusetts, that median is 4.28.

While these statistics may be a bit troubling, keep in mind that you can still try and move to a safer area, if you’re willing to commute a bit further to work each day.

If safety ranks highest on your list for choosing where to live, you may want to consider moving to one of the following ten cities that are currently ranked as among the safest in Massachusetts. (FBI and other crime statistics were used to compile this list.)

Most of the safest towns have tiny populations and are quite rural. In fact, most Massachusetts residents may not even know where half of these towns are. And you can argue that there are sample size issues that make the differences statistically insignificant.

Other Key Dynamics Affecting Your Safety and Security

Statistically, most cities and towns in Massachusetts are quite safe, and crime rates continue to go down (despite the sensationalized stories that end up in the news).

You can always maximize your safety by living in an area that offers strong law enforcement protection. If you’re thinking about moving, call ahead of time to find out more about the size and strength of the police force in the cities that interest you most. Also, make sure you carry adequate property insurance protection in case you still become a property crime victim one day.

A Massachusetts burglary charge can have very serious consequences. For unarmed burglary, penalties can go…

Don't let a Mistake Lead to a Criminal Record! Arrested or Summonsed in Massachusetts for Operating an…