A Motion to Suppress the Evidence against you in a drug case is often your best opportunity to beat a drug possession charge. If the drugs are entered into evidence at trial, it can be much more difficult to establish that the drugs may not have belonged to the defendant.

However, police officers still regularly and routinely execute illegal searches of either a vehicle or a person.

The grounds for an unreasonable search and seizure typically have the following elements:

You have a right under the Fourth Amendment of the United States Constitution to be free from unreasonable search and seizure of property.

In addition, you have the right against incrimination under the 5th Amendment,  and the right to due process and assistance of council under the 6th Amendment. 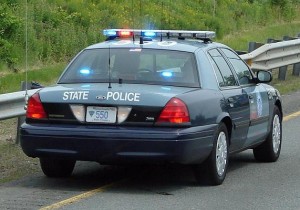 In Massachusetts, the State Constitution also protects property rights and consent, and furnishing evidence against himself under Articles 10 and 12, respectively.

All of these Constitutional rights can come into play in a Motion to Suppress hearing.

Sometimes the Threat of a Motion is Enough

If you are prepared, even the threat of arguing a motion can elicit a very good plea deal from the prosecutor.

I recently beat a case without even having a hearing on the motion to suppress. It was an illegal search of a vehicle that resulted in a charge of 2 counts of Possession of a Class B Substance – LSD and “Molly” (a form of ecstasy).

In this case, the car had been stopped for failing to yield. The officers claimed they had smelled fresh marijuana in the car. There was also a marijuana grinder in plain site with some marijuana residue.

The officers ordered the defendants out of the car. The defendant, my client, never agreed or consented to a search.

Under Massachusetts law, the smell of marijuana is not sufficient cause (Commonwealth v. Cruz) to initiate a vehicle search. Since marijuana has been decriminalized, evidence of small amounts of marijuana is not evidence of a crime. Yet the police will still arrest you, hoping to make a distribution charge stick, or simply being ignorant of the courts clear direction on the legality of such searches.

We had prepared to argue the motion, and the DA essentially agreed that the motion was likely to be allowed, and the case would probably be dismissed. So we worked out a deal for 40 hours of community service and the possession charges would be dismissed after the completion of that service.

Sometimes beating a charge means avoiding a criminal record. Another way to do that is with a Drug Dependent Diversion program, known as a 111e in Massachusetts.

It is a possible option that, if approved, allows you to enter a drug rehabilitation program. If the program is successfully completed, your charge is nullified and removed from your record.

Please give me a call on any drug case, and we can discuss all the options available in your defense.